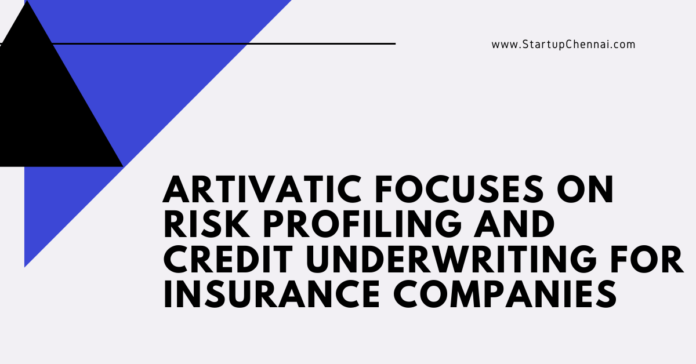 Set up in 2017 by IIT-Kharagpur graduate Layak Singh and his partner Puneet Tondon, Insurtech startup, Artivatic, helps large insurance companies build risk profiles of their customers, understand customers’ financial condition, and cultivate a real-time business intelligence for them. Layak and Puneet have developed a credit underwriting technology to avail risk scaling and profiling of insurance customers.

Artivatic has built a reasonably-priced modular API design infrastructure to allow insurance companies to take their digital operations live within a matter of days.

According to the startup, there are more than 100 APIs together with customer on-boarding, underwriting, risk assessment, KYC automation and compliance, insurance claims, fraud detection, and more.

The startup further states that its smart technology has allowed several insurance companies to increase their efficiency by 50%, decrease turnaround time by 90%, reduce cost by 70%, increase customer engagement by 60%, and improve fraud detection by 80%.

As of now, Artivatic is charging a one-time API integration fee from its clients, plus, it takes a percentage of every policy transaction. Seeing the repercussion of COVID-19, this Bengaluru-based startup has introduced a video-based platform, Mio, where insurance agents can connect and communicate with their customers, generate leads, and process insurance claims, policy renewals, and payment settlements.

Before Artivatic, Layak Singh founded two startups, Cogxio and DateIITians, which were shut down. Cogxio was offering app integration and consumer segmentation services for eCommerce and FMCG companies. This was where Layak and Puneet Tandon met and later became co-founder for Artivatic.

Conclusion:
Prior to working for insurance companies, Artivatic partnered with enterprises such as Cleartrip, Zomato, and others for customers’ personalizing, profiling, segmentation, and rating. In 2018, the startup got its first insurance client and from thereon, the founders turned their focus towards insurtech. As was stated by the co-founder Layak Singh, Artivatic
was facing delayed payments from their eCommerce clients, and therefore, the decision to move to insurtech as the next step.