Gaming in the pandemic period has become huge, especially in India. Even after the ban of PUBG mobile back in September 2020, the gaming user base has still grown and there hasn’t been a dearth of alternatives, with new games and gaming companies coming up and using the opportunities.

India has a large gaming market since mobile phone usage is populous and has been increasing steadily making it one of the largest markets for smartphones- all hail the mobile network companies generously offering data in their competition to catch the throne.

Non-gaming app giants have already seen the gold in the country when it comes to the growing internet user base and the curiosity of people in trying new apps. Gaming has accelerated chances for growth and gaming companies are not uninformed.

According to new research on the field of Indian gaming industry by KPMG’s on “Beyond the Tipping Point: A Primer on Online Casual Gaming in India.” report.

As of 2021 FY report, 433 million users are available for Indian Online Gaming Industry. The total revenue of Online Gaming Market Industry in India 2021 is INR.136 Billion.

Expected Indian gaming industry users by 2025 is around 657 Million users with the revenue of INR.290 Billion.

“Emerging Cloud gaming industry in India, but a few intake” as stated in the report.

A multitude of diverse games are here in the market, for the most part,
games like Garena Free Fire, Mini Militia, Call of Duty Mobile, Among
Us, Minecraft and GTA ruling the industry with their steadiness. New companies looking for their moment have recognized the elbow room
that the Indian market can offer for setting up their foundations.

Many popular apps venturing into the country have already given a clear
vision of how large the growth of this field will be in the future years.
With the technological growth and fast paced-lives, mobiles have become
one of the most comfortable and convenient sources for gamers, and it
has never been so easy.

What will be the drastic changes in the Indian gaming market as stats suggest?

The Indian mobile gaming market is reckoned at $ 1.2 Billion, as 2020 comes to an end. India is expected to consolidate its position among the top five gaming markets in the world at this pace. A report by Statista shows that mobile gaming has been collecting captive a number of audiences, where the average gaming time for a user is estimated to be over an hour, while even video streaming platforms like Netflix still stay behind at an average of 45 minutes per day and the CAGR might have grown by 6.1% in the next five years. With such a high average user engagement time, this space is expected to see many companies migrating or setting forth their journey.

The gaming scenario in India post-lockdown

In 2018, an Indian mobile phone user spent 150+ minutes per week on gaming, this time has markedly increased during the lockdown, especially considering the fact that the younger audience has the leeway to be easily dragged in, with their peers in the huddle.

The percentage of smartphone gamers has increased from 60% before the pandemic hit to a whopping 68%, which is notably high when compared to the period that it has taken to see the growth. With new users and new games entering the market, the mobile games download count hit the peak of 197 million in a single week alone in April this year, amidst the tensions of the pandemic, which is surprisingly a 75% growth compared to the previous quarter.

Ludo King became one of the top five apps to be frequently downloaded reaching a daily user base of 50 million during the pandemic- a number so prodigious when compared to the pre-pandemic situation. Another company that saw immense user base growth is Paytm First Games- a fantasy gaming app that offers rewards to cricket fans while gaming and also indexes simple games like snake wars, Ludo among others – the company thrived a 200% user growth rate with 75,000 new users joining the club each day, gathering equal attention from urban and rural users.

How big is the Indian market when it comes to gaming?

With the huge market for smartphones, India has a comparatively low penetration rate, which may be an icing on the cake for the companies trying to venture into the market, as the country ranks 111th position globally.

Limelight Networks reported that India scored 2.63 on a scale of 0-4 when it comes to mobile phone video gaming usage, where the global average reaches only 2.27- impressive yet lots of scope for a boom in the penetration ranking and average score.

How are companies using the opportunity to penetrate one of the largest markets in the world?

With new start-ups emerging with better and fresher ideas, e-commerce and corporate giants have also not failed to try their hands on- be it international or indigenous companies they all have strategized plans for a dive in, either now or shortly in the future.

Pokemon Go was one of the AR (Augmented Reality) games that received a big fáilte back in 2018. As engaging as it is, the growth of the VR (Virtual Reality) and AR combined will draw in an enormous audience, as technologies have advanced to the level that existing gears and hardware can be used and there is no more need for new gears might be an added brownie point.

The news of Reliance Jio working on JioGlass- a mixed reality product was showcased in the 43 rd Annual General Meeting has been introduced as an affordable smart MR gear for the Indian Market and Facebook’s Oculus- an idea for developers to build a reality from an idea are already here in the market.

Do gamers have a good career in India?

With Corporates and E-Commerce sectors coming into the scene, career options in gaming might also appear shortly in India. Engaging mobile games and real-time multiplayer social games are a major attraction for users, as they are rewarding yet offer the satisfaction of gaming.

Gaming is one of the fastest-growing sectors, which has a huge horizon for the younger generation pursuing a career in the field. With the gaming market having $100 billion worth globally, the demand for gamers has also increased alongside the need for good gaming professionals.

A professional Indian gamer can gross somewhere around Rs.5,000 to Rs.50,000 per month according to a Business Insider report. With many games being developed particularly to support and deploy the Indian gamers as the expected PUBG unban very soon, and new games coming into the scene, the penetration rate might also become huge in the upcoming years. India is bound to see market growth of $1.6 Billion before 2025 as an investigation by the Inc42 Plus suggests. 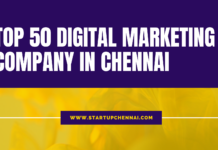 What’s inside India’s Largest B2B SaaS Conference – Take a look at the grand...

Does ‘Vocal for Local’ make room for tech startups?