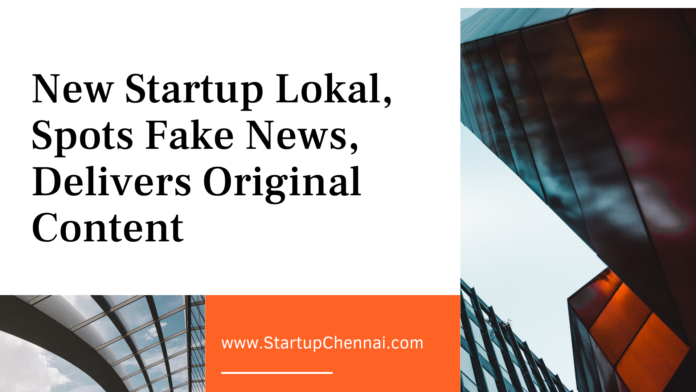 Two IITians, Vipul Chaudhary and Jani Pasha, founded the Lokal for all non-English speaking people in India. Lokal can be downloaded on Android phones and the app was first released on May 14, 2018.

Since then, Lokal which is based in Bengaluru has been offering job listings, local news, matrimony advertisements and classified along with other important and latest news in Tamil and Telugu languages, to smartphone users of Tier-II and III towns, and in the villages of Telangana, Andhra Pradesh and Tamil Nadu.

The ground reporters and journalists work and gather local news, classifieds and job openings and submit them on the app. There is a lot of user-generated content that Lokal receives regularly. However, this content is published only after it goes through the moderation team. In this way, Lokal gets news on different sectors such as prices of certain products, politics, and even agriculture.

Lokal also publishes classified from individual sellers, local businesses, and job openings. These job vacancies are anywhere from government jobs to regular small private jobs as that of a delivery executive.

Other contents available on Lokal are related to health, finance, farming, and education. Earlier, Lokal gathered its users with the help of advertisements on different social media platforms, but now the subscribers download the app through word of mouth.

The startup generates its review from classifieds, businesses, job ads, and matrimony. Co-founder, Jani Pasha says, they offer prospects to bands that don’t have a presence in metro cities and want to promote or sell their products in Tier II and Tier III towns.

Conclusion:
Lokal is doing a wonderful job in reaching out to non-English speakers. We look forward to Lokal expanding their reach to villages and towns of other cities too (Ref).