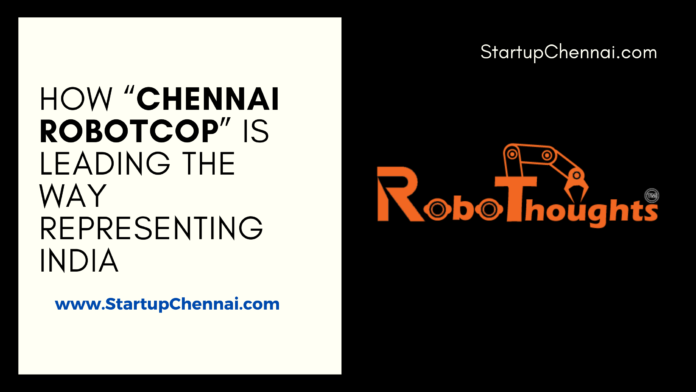 Autonomous Robots maneuvering around in the public might possibly be the next big thing to watch around. And the race towards the AI based indoor and outdoor navigation of these machines has already begun across the world.

Companies like Starship and Amazon Scout are testing their prototypes and are clocking good number of hours in real time for their endurance. But we are not sure if they would be suitable for the Indian roads and conditions.

But, In Recent times according to the news related to Covid-19 and its pandemic situations prevailing in India, there was this specific Robot launched in Chennai by a company called RoboThoughtsAI Services Pvt Ltd with a peculiar usage of giving Surveillance assistance for the Local Police in highly contained zones named as “Chennai RobotCop (aka) SAINT(Scalable Autonomous Intelligent Navigation Transporter)”.

Joint Commissioner East, Chennai R. Sudhakar IPS said, “In highly contained areas, we can’t enter interior places and our police personnel had to watch these areas by standing outside the barricades. Only drones where used for making announcements”.

During the emergence of 2nd wave of the Novel Coronavirus impact in Chennai followed by the lock down from 19th to 30th June 2020, RoboThoughts geared up their initial version of SAINT robot with advanced Artificial Intelligence capabilities to help the Chennai Police department to tackle the down situation. Founder CEO of RoboThoughts – Mr. Anbu Kumar and Co-Founder Mr Harish Vardhana claimed that SAINT v1.1 Robot will deter the crowd enforcing strict Social distancing norms to ensure the police personnel are safe while securing the public.

Some of the key features of SAINT v1.1 are as follows:

•          Artificial Intelligence features like People Counting, Face Recognition, Object Detection, Audio Chat Bots and several other customizable use case can be built on top of basic SAINT Security Robot as per requirement.

•          SAINT Security Robot moves around the area and detects number of humans in a specific spot to ensure that “Social Distancing” measures are adhered to. If there is a violation of norms, SAINT will alert the crowd with an Native language announcement and transmit live video feedback to security / police personal.

•          Two-way audio video communication between crowd and police personal/ security staff can be achieved and this does not require their physical presence on the spot.

•          SAINT Robot has a payload capacity of 100KG which can easily carry 1-2 humans in case of emergency evacuation from a specific spot on the ground.

Harish Vardhana Co-founder RoboThoughts says, “Being a technology enthusiast we always look into opportunity of using our skills to solve real world problems and especially during pandemic situations like these. SAINT v1.1/ Chennai Robot Cop was built for Indian road conditions and for a specific purpose of long lasting surveillance after we faced problems on fly time of drones which only lasted for 20 minutes for each battery. Unlike the Drones, this Robot runs 7-8 hours continuously or 2-3 days straight after which a charging overnight is enough for the next run, and it can be deployed to watch these areas 24×7. The live streaming and updates are transferred to the Commissioner office and to the local police as part of the project.”

The “Chennai RobotCop (aka) SAINT” also found international recognition by getting listed as one of best ideas at “Covidathon – Decentralized AI against Covid-19”, an international hackathon organized by World Hackathon Day 2020. It was listed at 13th place among top 100 ideas across the world.

SAINT is currently is being deployed and tested on a pilot basis and based on the success, more such autonomous and semi-autonomous robots are to be running around our city in the coming years.

For more details on RoboThoughts: 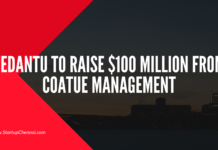 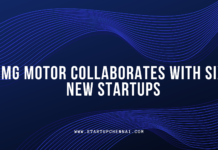 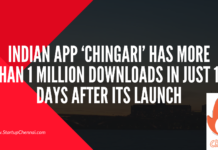